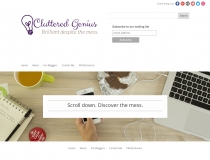 Ever since I heard about the Portable North Pole, I’ve been using it with my kids as a tradition.

The site itself has improved over the years, and the options for videos become more and more outstanding.

This year, I had the opportunity to try out an Unlimited Gold Pass. This meant that we could receive as many video messages or phone calls as we needed.

The tween years are hard — I remember them well — and we stay on her about being respectful and listening. She struggles some days, and so I thought it would be a good idea to have Santa let her know that she needed to pick up her game.

She was pretty much devastated when Santa told her that she was almost on the nice list. Her exact reaction was, “That’s rude!” followed by much lamenting of her state.

What it did allow was for us to discuss, during Free Zone, what she could do to improve. It actually created a very good and open conversation.

So tonight, because the last 48 hours have been so much better with her attitude, she received a phone call from Santa recognizing her hard work in improving her behavior and letting her know that he really hoped to see her name on that nice list for Christmas Eve.

We’re expecting the boys to receive their own phone calls on Christmas Eve.

My Readers Save 20% so be sure to USE PROMO CODE: BLG20PNP

Leave a Comment
submit a review Join our blog team

Proud Member of The US Family Guide Network